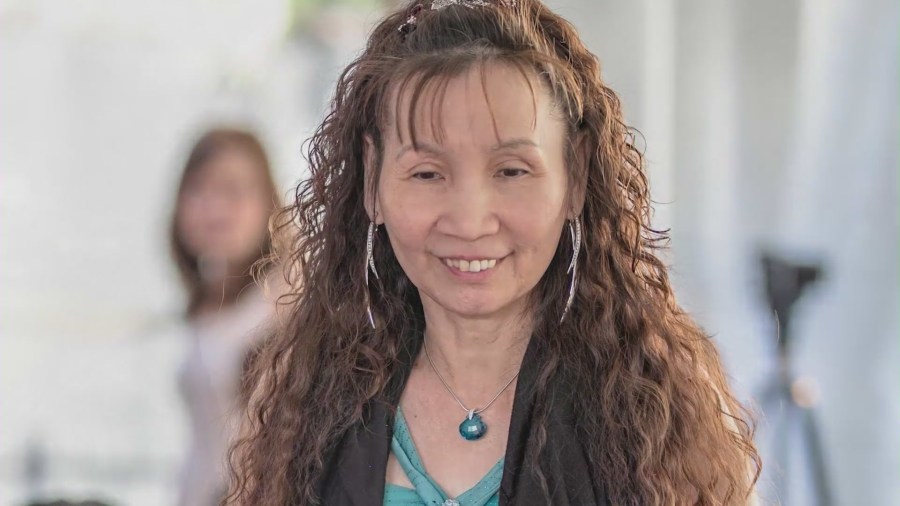 Outside Monterey Park City Hall, a memorial is growing in honor of the 11 victims who lost their lives in Saturday night’s mass shooting at the Star Ballroom Dance Studio, some of whom we are just now learning about.

Fonda Quan, who lost her aunt My Nhan during the tragic incident, remembered how the 65-year-old loved to dance, brought out the best in others and treasured her six nieces and nephews.

“She’s like a second mother to me. She’s our family’s mediator,” Quan told KTLA.

Nhan, one of seven siblings herself, immigrated to the United States from Vietnam in the 1980s. She didn’t have any children of her own but cherished her time with her extended family.

“So, she saw myself and all my other cousins, her nieces and nephews, as her own,” Quan said.

Nhan, who loved to try all different styles of dancing, had been going every weekend to both the Lai Lai Ballroom in Alhambra and Star Ballroom Dance Studio in Monterey Park for more than a decade.

“She is the person that is like, ‘Hey, bad situations will pass, only good things to come after,’ and I intend to carry on that perspective,” Quan said.

The Los Angeles County Coroner’s Office has also identified 64-year-old Lilan Li and 68-year-old Valentino Alvero as two other victims of the shooter, 72-year-old Huu Can Tran, who opened fire inside the bustling ballroom at 122 W. Garvey Ave. in Monterey Park, Saturday night at around 10:20 p.m.

Seven other people remain hospitalized after sustaining a variety of injuries during the shooting incident.

A GoFundMe campaign is now raising money for funeral expenses for Ming Wei Ma, a father of two, and the owner of Star Ballroom Dance Studio. Friends say Ma built a community that dearly loved and respected him for his kindness and liveliness.

Elected officials have also directly addressed families of the victims.

“We are committed to support the families and support the community,” Senator Alex Padilla has said.

Congresswoman Judy Chu spoke of her conversation with the president and vice-president.

Speaking on behalf of her family, Quan said her aunt was a woman who brightened a room with her infectious laughter and who always sought out a good challenge just as she did with ballroom dancing.

“You never know, you might make someone’s day much brighter and that’s always something she lived for,” Quan said.