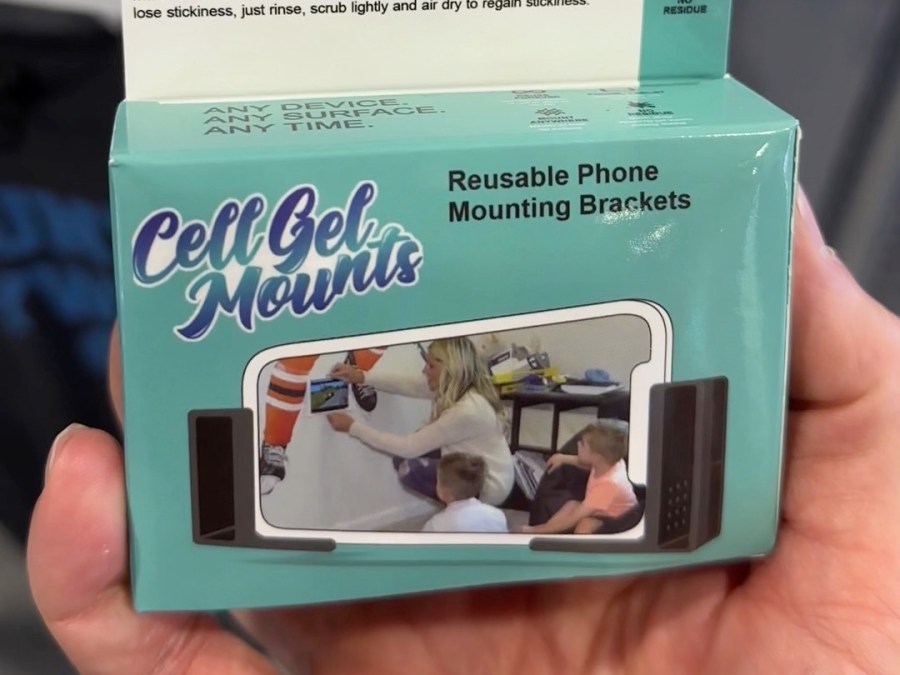 Mobile accessories are a multi-billion-dollar industry. These entrepreneurs had an idea and now, they’re working to make it big!

Hollywood script supervisors Carolita Blythe and Sheri Selling were sick of losing their Apple Pencils, so they came up with something called the Zoop Loop.”

“[The Apple Pencil is] 130 bucks. I lost it in 3 hours. So we looked everywhere, we figured this existed already. It was nowhere, so my partner Sheri and I said ‘why don’t we make it,’” explained Blythe, of Los Angeles.

The rubber loop grips to the end of the pencil then attaches to an iPad case for safekeeping. The Zoop Loop comes in three colors and sells for $15.

RockMax makes art skins for AirPods, with over 100 designs to choose from.

A simple applicator makes putting the skins on easy, and they have a lower profile than stickers.

“All the AirPods, as you know, are the same color … so people want to show themselves, show their personalities,” explained Qiang Xiong of RockMax.

Butterflies are one of their most popular designs and they even have matching skins for AirPods cases.

RockMax skins sell for $17 on Amazon.

Cell Gel Mounts let you stick your phone about anywhere.

“We’re trying to create a phone mount that would give you the versatility to remove it and reposition it as you want to but still getting a permanent hold when you want to,” explained Jason Truda of Cell Gel Mounts.

The two brackets have a gecko like gel material on the back, which allows you to stick them to a variety of surface areas. When you’re ready to remove them, you give it a twist.

“It gives you the ability to be hands free where you couldn’t before without damaging a surface,” said Truda.

The mounts say they leave no residue but, in my testing, there could be some of the sticky material left behind. Just be mindful of this before you mount them to an area that might not rub clean.

Cell Gel Mounts work with a variety of screen sizes and can even stand screens up. I think they’d be handy for sticking your phone to the seatback in front of you on a plane so you can watch videos.

They sell for $9 on Amazon.