If you looked at the pictures of those working on the first programmable, general-purpose all-electronic computer, you would assume that
J. Presper Eckert and John W. Mauchly were the only ones who had a hand in its development. Invented in 1945, the Electronic Numerical Integrator and Computer (ENIAC) was built to improve the accuracy of U.S. artillery during World War II. The two men and their team built the hardware. But hidden behind the scenes were six women—John Bartik, Kathleen Antonelli, Marlyn Meltzer, Betty Holberton, Frances Spenceand Ruth Teitelbaum—who programmed the computer to calculate artillery trajectories in seconds.

The
U.S. Army recruited the women in 1942 to work as so-called human computers—mathematicians who did calculations using a mechanical desktop calculator.

For decades, the six women were largely unknown. But thanks to
Kathy Kleimancofounder of ICANN (the Internet Corporation for Assigned Names and Numbers), the world is getting to know the ENIAC programmers’ contributions to computer science. This year Kleiman’s book Proving Ground: The Untold Story of the Six Women Who Programmed the World’s First Modern Computer was published. It delves into the women’s lives and the pioneering work they did. The book follows an award-winning documentary, The Computers: The Remarkable Story of the ENIAC Programmerswhich Kleiman helped produce. It premiered at the 2014 Seattle International Film Festival and won Best Documentary Short at the 2016 U.N. Association Film Festival.

Kleiman plans to give a presentation next year about the programmers as part of the IEEE Industry Hub Initiative’s Impact Speaker series. The initiative aims to introduce industry professionals and academics to IEEE and its offerings.

Planning for the event, which is scheduled to be held in Silicon Valley, is underway. Details are to be announced before the end of the year.

The Institute spoke with Kleiman, who teaches Internet technology and governance for lawyers at American Universityin Washington, D.C., about her mission to publicize the programmers’ contributions. The interview has been condensed and edited for clarity. 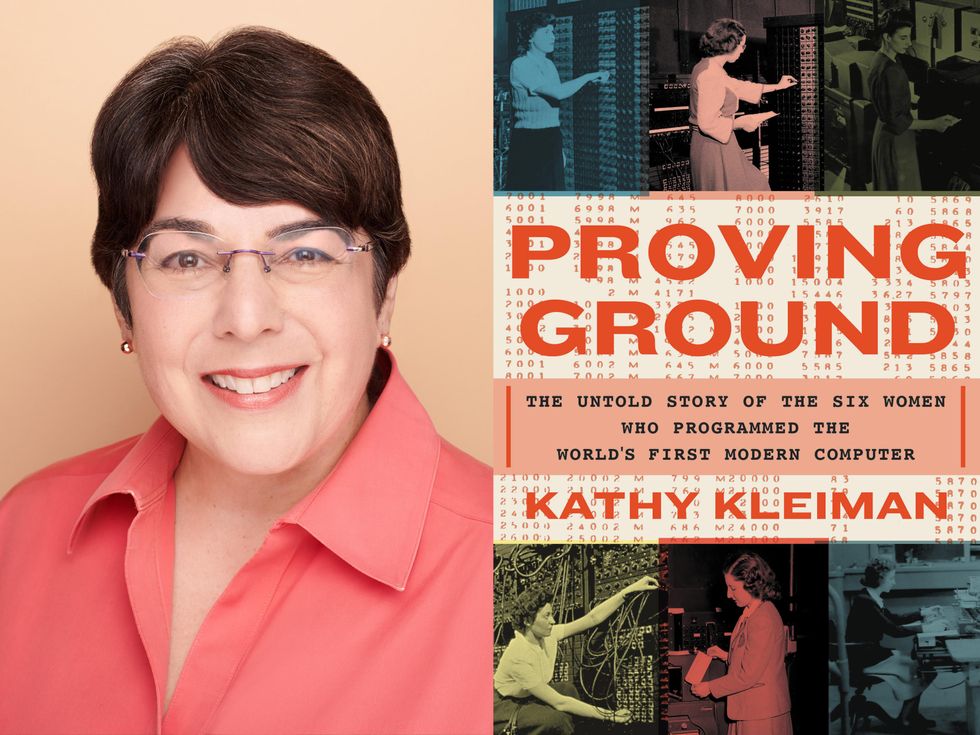 Kathy Kleiman delves into the ENIAC programmers’ lives and the pioneering work they did in her book Proving Ground: The Untold Story of the Six Women Who Programmed the World’s First Modern Computer.Kathy Kleiman

The Institute:
What inspired you to film the documentary?

Kathy Kleiman: The ENIAC was a secret project of the U.S. Army during World War II. It was the first general-purpose, programmable, all-electronic computer—the key to the development of our smartphones, laptops, and tablets today. The ENIAC was a highly experimental computer, with 18,000 vacuums, and some of the leading technologists at the time didn’t think it would work, but it did.

Six months after the war ended, the Army decided to reveal the existence of ENIAC and heavily publicize it. To do so, in February 1946 the Army took a lot of beautiful, formal photos of the computer and the team of engineers that developed it. I found these pictures while researching women in computer science as an undergraduate at
Harvard. At the time, I knew of only two women in computer science: There’s Lovelace and then U.S. Navy Capt. Grace Hopper. [Lovelace was the first computer programmer; Hopper co-developed COBOL, one of the earliest standardized computer languages.] But I was sure there were more women programmers throughout history, so I went looking for them and found the images taken of the ENIAC.

The pictures fascinated me because they had both men and women in them. Some of the photos had just women in front of the computer, but they weren’t named in any of the photos’ captions. I tracked them down after I found their identities, and four of six original ENIAC programmers responded. They were in their late 70s at the time, and over the course of many years they told me about their work during World War II and how they were recruited by the U.S. Army to be “human computers.”

Eckert and Mauchly promised the U.S. Army that the ENIAC could calculate artillery trajectories in seconds rather than the hours it took to do the calculations by hand. But after they built the 2.5-meter-tall by 24-meter-long computer, they couldn’t get it to work. Out of approximately 100 human computers working for the U.S. Army during World War II, six women were chosen to write a program for the computer to run differential calculus equations. It was hard because the program was complex, memory was very limited, and the direct programming interface that connected the programmers to the ENIAC was hard to use. But the women succeeded. The trajectory program was a great success. But Bartik, McNulty, Meltzer, Snyder, Spence, and Teitelbaum’s contributions to the technology were never recognized. Leading technologists and the public never knew of their work.

I was inspired by their story and wanted to share it. I raised funds, researched and recorded 20 hours of broadcast-quality oral histories with the ENIAC programmers—which eventually became the documentary. It allows others to see the women telling their story.

“If we open the doors to history, I think it would make it a lot easier to recruit the wonderful people we are trying to urge to enter engineering, computer science, and related fields.”

Why was the accomplishment of the six women important?

Kleiman: The ENIAC is considered by many to have launched the information age.

We generally think of women leaving the factory and farm jobs they held during World War II and giving them back to the men, but after ENIAC was completed, the six women continued to work for the U.S. Army. They helped world-class mathematicians program the ENIAC to complete “hundred-year problems” [problems that would take 100 years to solve by hand]. They also helped teach the next generation of ENIAC programmers, and some went on to create the foundations of modern programming.

What influenced you to continue telling the ENIAC programmers’ story in your book?

Kleiman: After my documentary premiered at the film festival, young women from tech companies who were in the audience came up to me to share why they were excited to learn the programmers’ story. They were excited to learn that women were an integral part of the history of early computing programming, and were inspired by their stories. Young men also came up to me and shared stories of their grandmothers and great-aunts who programmed computers in the 1960s and ’70s and inspired them to explore careers in computer science.

I met more women and men like the ones in Seattle all over the world, so it seemed like a good idea to tell the full story along with its historical context and background information about the lives of the ENIAC programmers, specifically what happened to them after the computer was completed.

What did you find most rewarding about sharing their story?

Kleiman: It was wonderful and rewarding to get to know the ENIAC programmers. They were incredible, wonderful, warm, brilliant, and exceptional people. Talking to the people who created the programming was inspiring and helped me to see that I could work at the cutting edge too. I entered Internet law as one of the first attorneys in the field because of them.

What I enjoy most is that the women’s experiences inspire young people today just as they inspired me when I was an undergraduate. 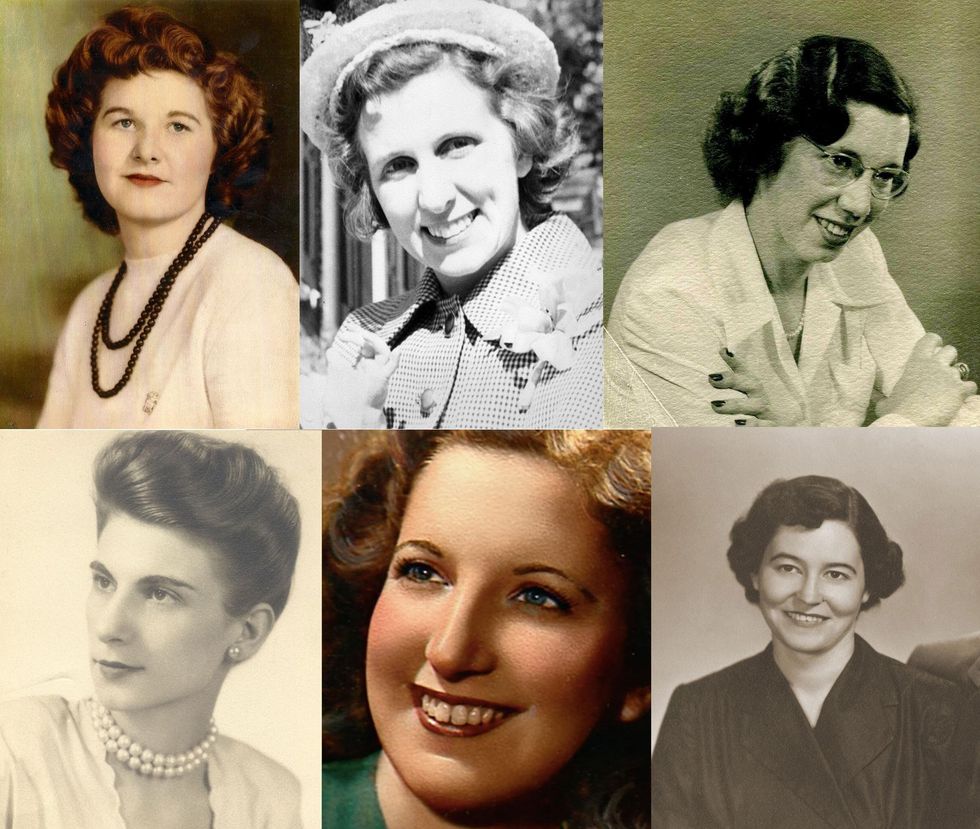 Is it important to highlight the contributions made throughout history by women in STEM?

Kleiman: [Actor] Geena Davis founded the Geena Davis Institute on Gender in Mediawhich works collaboratively with the entertainment industry to dramatically increase the presence of female characters in media. It’s based on the philosophy of “you can’t be what you can’t see.”

That philosophy is both right and wrong. I think you can be what you can’t see, and certainly every pioneer who has ever broken a racial, ethnic, religion, or gender barrier has done so. However, it’s certainly much easier to enter a field if there are role models who look like you. To that end, many computer scientists today are trying to diversify the field. Yet I know from my work in Internet policy and my recent travels across the country for my book tour that many students still feel locked out because of old stereotypes in computing and engineering. By sharing strong stories of pioneers in the fields who are women and people of color, I hope we can open the doors to computing and engineering. I hope history and herstory that is shared make it much easier to recruit young people to join engineering, computer science, and related fields.

Are you planning on writing more books or producing another documentary?

Kleiman: I would like to continue the story of the ENIAC programmers and write about what happened to them after the war ended. I hope that my next book will delve into the 1950s and uncover more about the history of the Universal Automatic Computerthe first modern commercial computer series, and the diverse group of people who built and programmed it.

From Your Site Articles

Related Articles Around the Web