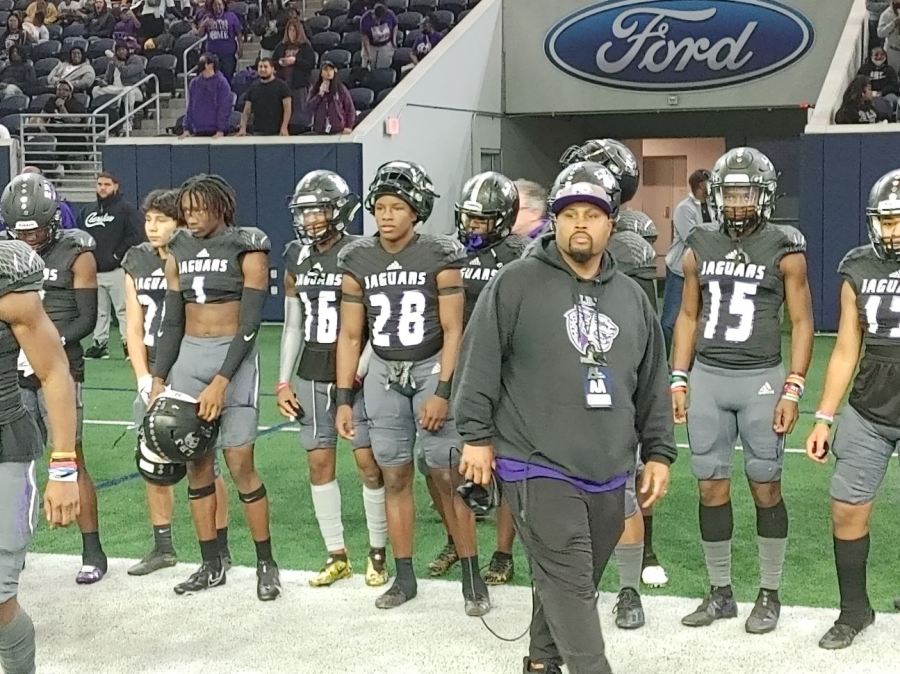 NOTE: The video in the player above was aired before the 2022 high school football season and features LBJ coach Jahmal Fenner

Head coach Steve Sarkisian announced Monday that Fenner is now the program’s Director of High School Relations, taking over after Chris Gilbert left the program. Fenner has helped turn the LBJ Jaguars into a program to be reckoned with in Texas high school football, leading the team to its first state title game appearance in 2021 in Class 4A-Division I. It was the first time in 47 years that an Austin Independent School District program reached a state championship game.

MORE THAN THE SCORE: Stay up to date on sports stories like these, and sign up for our More than the Score sports newsletter at kxan.com/newsletters

Fenner posted a 49-13 record at LBJ, and on top of the title game run in 2021, LBJ reached the semifinals in 2020. In 2022, the program moved up to Class 5A-Division II and finished 9-3 with a district title and playoff appearance.

Sarkisian said Fenner is “a relationship guy,” and that’s what he admires most about him.

“He’s a guy who brings a lot to the table, is well known and respected throughout the Texas High School Coaches Association, has deep roots in Austin, and is so well connected in our community, as well as across the state,” Sarkisian said. ” I know he’ll be a great asset for us, everyone in the THSCA, and high schools everywhere as our Director of High School Relations. Jahmal’s definitely a guy we wanted to get on board, and he’s going to be such an awesome addition to our staff.”

“Growing up here, always seeing the Longhorns, and understanding how prestigious of a university and football program Texas is, it was truly a special honor and privilege when Coach Sarkisian offered me this opportunity. It was something I just couldn’t pass up,” Fenner said. “I’ve worked hard to gain the respect of the coaches across our great state, and I really value all the relationships I have with them and everyone in the Texas High School Coaches Association.”