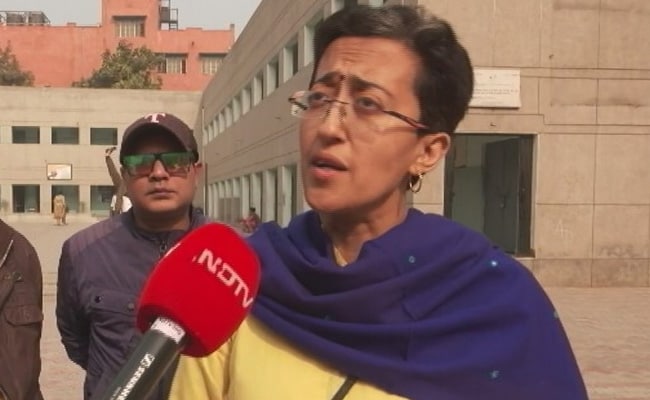 AAP leader Atishi said, “The Law Commission sought opinion from all political parties and AAP also gave its opinion. , then many worrying and principled issues come to the fore. If One Nation One Election happens then India’s democracy will suffer a big blow. That’s why you have opposed One Nation One Election.”

AAP leader Atishi said, “In central and state elections, people vote on different issues. Those with more resources will suppress the issues of the states. When elections are held on time, money power will influence the elections.” Suppose a government falls in two years or there is a coalition government, elections cannot be held for the next 3 years. We saw this in Delhi. In 2013, people gave a big victory after seeing the government for 49 days. Had there been a Nation One election, people would have been deprived of their right to vote.”

AAP leader Atishi said, “No confidence will be accepted only till the new government is formed. Suppose no one gets majority, then the way the speaker is elected. Anti-defection law on any MLA and MP.” Will not apply and he can vote for anyone. This is very dangerous. Our question is why this proposal is being brought. 9000 crores were spent in 2019 elections. To save 1000 crores in one year For this, our democracy is being put in danger. This is unconstitutional and against democracy.”

At the same time, Jasmine Shah said, “We analyzed this proposal with an open mind. For 75 years, we have seen that democracy has been kept strong by our constitution. You cannot abolish the basic structure. Presidency by abolishing the parliamentary system.” Form of Government is being brought. Baba Saheb Ambedkar had said one thing. He had said with the claim that he wants to bring parliamentary system, it will be accountable to the people every 5 years. It is necessary for the government to be accountable, not to be stable. .”

“If there will be no films…”, Kareena Kapoor on ‘Boycott Bollywood’ trend