“I hope that you still want to see me dance, Yeon-jin.” Revenge is always intense!! Netflix has revealed a new official trailer for Part 2 of their streaming series The Glory from Korea. Part 1 of this series is already streaming, it launched in late December a few weeks ago. This almost sounds like one of Park Chan-wook’s revenge movies. A young woman, bullied to the point of deciding to drop out of school, plans the best way to get revenge. After becoming a primary school teacher, she takes in the son of the man who tormented her the most to enact her vengeance. “From now on, every single day will be a nightmare. They’ll be provocative and terrifying. You can’t stop me or make me disappear.” Starring Song Hye-kyo, Lee Do-hyun, Lim Ji-yeon, Yeom Hye-ran, Park Sung-hoonand Jung Sung Il. Seems like it’s almost a cathartic revenge story, about a woman getting back at everyone in a very meticulous, carefully planned way. “As Dong-eun’s plan begins to unfold, the perpetrators have no idea what’s coming to them.” It looks like an intense thriller.

Here’s the new “Special Trailer” for Part 2 of Netflix’s series The Glorydirect from Netflix’s YouTube:

And here’s two original trailers for the first part of Netflix’s series The Gloryalso found on YouTube: 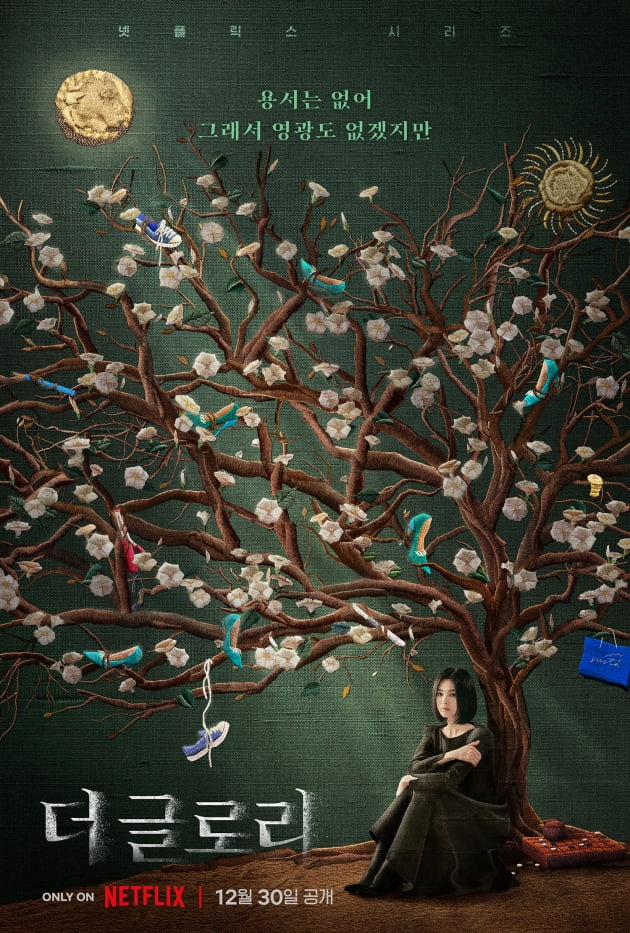 Dong-eun is a meek and reserved teenager who lives in poverty with her mother and has no friends. At school, she’s relentlessly bullied — both physically and mentally — by a group of privileged kids whose wealth and connections enable them to never see the consequences of their actions. Even her mother would rather accept bribery than hold anyone at her school accountable. Though Dong-eun eventually escapes the brutal abuse, she still lives with the scars — and vows to make each of her bullies pay for what they did. The Glory is a series created and written by award-winning writer Kim Eun-sook (Descendants of the Sun). Made by Korean TV director Ahn Gil-ho (Only Love, Stranger, Watch, Record of Youth, Happiness). Produced by Yoon Ha-rim and Kim Young-kyu. Executive produced by Kim Seon-tae, Kim Beom-rae, Kim Eun-sook, and Ahn Gil-ho. Netflix debut Part 1 of the series streaming in December 2022. The follow-up Part 2 of The Glory will debut streaming on Netflix on March 10th, 2023. Is anyone watching it already?