After an intense multi-studio bidding war, New Line Cinema has acquired the original screenplay “Weapons” from the filmmaking team behind the award-winning horror thriller “Barbarian,” according to an individual with knowledge of the project.

The project is from writer/director Zach Cregger, who will also produce alongside his “Barbarian” producing team: Roy Lee of Vertigo and J.D. Lifshitz and Raphael Margules of BoulderLight Pictures. Vertigo’s Miri Yoon also produces.

Moving full speed ahead toward a theatrical release, production is anticipated to commence later this year. 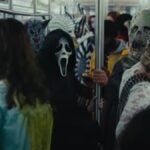 “Weapons” will be distributed worldwide by Warner Bros. Pictures.

“Zach proved with ‘Barbarian’ that he can create a visceral theatrical experience for audiences and that he commands every tool in the filmmaker toolbelt,” New Line president and chief creative officer Richard Brener said in a statement. “We couldn’t be happier that he, Roy and Miri, and J.D. and Rafi chose New Line to be the home of his next film, and hope it is the first of many to come.”

Cregger’s debut solo outing as a writer/director, “Barbarian,” premiered at San Diego Comic-Con, igniting critical raves and widespread buzz before its September 2022 theatrical bow. The stunning chiller topped the domestic box office on its opening weekend with $10.5 million, more than double its production budget of $4.5 million, and ultimately took in more than $45 million worldwide. 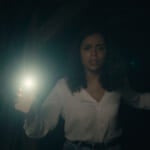 Cregger was a founding member and writer for the New York comedy troupe “The Whitest Kids U’Know,” which he started while attending The School of Visual Arts. The award-winning group’s self-titled sketch comedy show ran for five seasons on IFC-TV and Fuse. He was also a series regular on Jimmy Fallon’s NBC series “Guys with Kids” and the TBS hit series “Wrecked,” and was featured in a recurring role on the NBC series “About a Boy.”