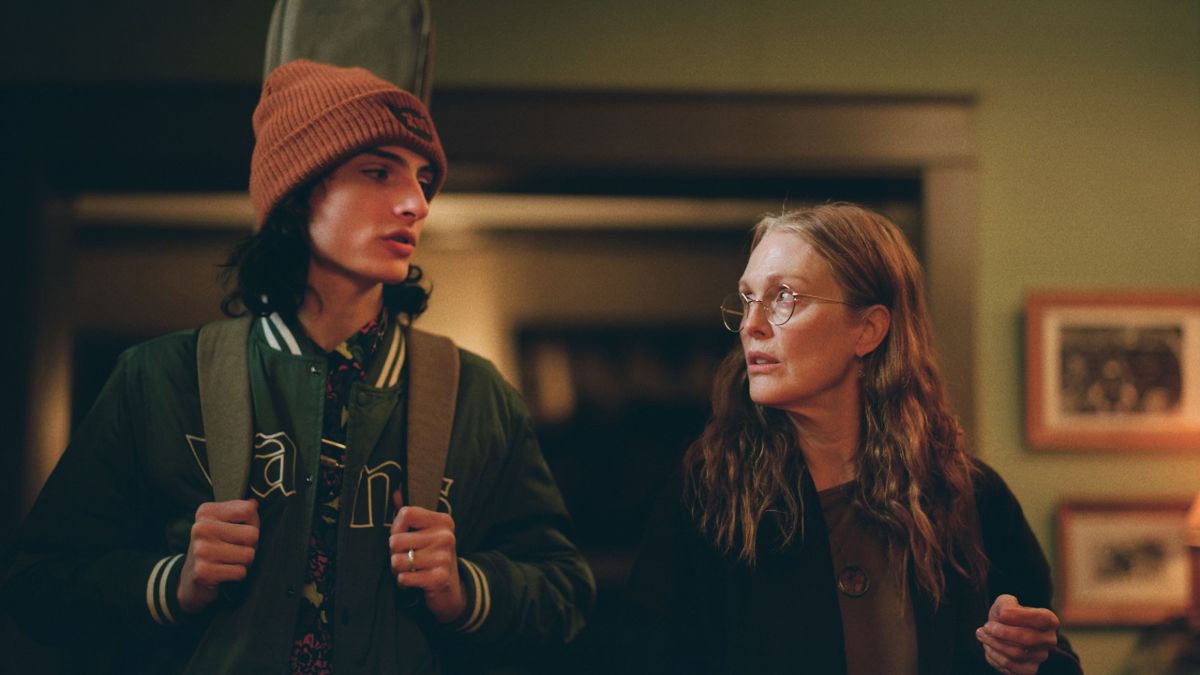 After premiering at Sundance Film Festival earlier this year, we’ve been wondering when A24 would set a release for Jesse Eisenberg’s directorial debut When You Finish Saving the World. With the arrival of the first trailer, we now have an answer: about a year after the premiere. With a January 20 theatrical release unveiled for the mother-son drama starring Finn Wolfhard and Julianne Moore, we also recently got news that Eisenberg is already planning his next directorial feature.

I said in my review, “A refigured and condensed version of his own audio drama of the same name, When You Finish Saving the World is a slight directorial debut from Jesse Eisenberg featuring sturdy performances working a script that gets a bit lost. Examining a family whose dysfunction can be best described as a detached aloofness when finding common ground for their individual interests and desires, this drama mostly unfolds by contrasting the isolated lives of mother Evelyn (Julianne Moore) and son Ziggy (Finn Wolfhard). Despite perceptive passages and formal confidence telling the small-scale nature of this story, Eisenberg can’t stick the landing, boxing his characters into a cloying, frustrating, and unconvincing conclusion.”

See the trailer below.

When You Finish Saving the World opens on January 20.