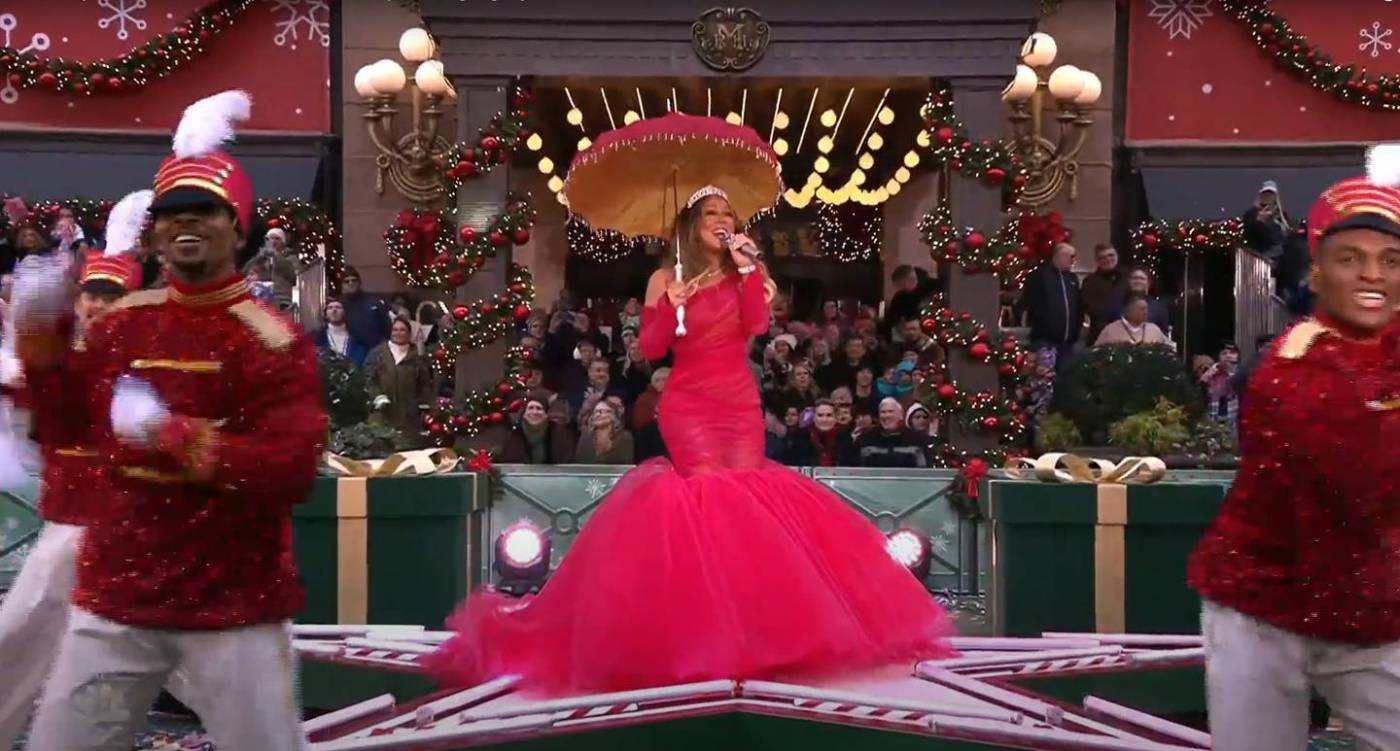 The pop superstar known as “The Queen of Christmas” officially rang in the holiday season during Macy’s 96th Thanksgiving Day Parade on Thursday.

Mariah Carey was front and center of the retailer’s flagship Herald Square location to perform a lip-synched version of her perennial hit “All I Want For Christmas Is You” as the last act of the day.

The Grammy winner’s performance served as the lead-in to the eagerly anticipated arrival of the annual Santa Claus float, which closed out the star-studded, three-hour event.

Carey looked festive in a magenta mermaid-style ball gown adorned with a matching parasol, a tiara and plenty of ice — diamonds on her neck and wrists.

It was a family affair for the chart-topping diva: Her 11-year-old twins Moroccan and Monroe danced and pranced to the 1994 song that has become the biggest Christmas song of all time.

“Happy Thanksgiving!!! Grateful and so proud of my beautiful kids Roc and Roe, grateful for the lambily and for the precious moments in life,” she wrote on social media shortly after the live lip-synched performance. “Now it’s reaaaallly time!!!’”

Carey is slated to play two Christmas concerts at Madison Square Garden on Dec. 13 and Dec. 15. The performances will be packaged into a primetime CBS special set to air Dec. 20.

In addition to the holiday-themed concerts and special, the best-selling author recently released the children’s book “The Christmas Princess.”

Carey’s “All I Want for Christmas Is You” has topped the Billboard Hot 100 charts for the last four years and is the first holiday song to sell more than 10 million copies in the U.S.