No new COVID-19 case was recorded in Mumbai in a day on Tuesday for the first time since the pandemic began in March 2020, said the local civic body. Also, no fresh death linked to the infection was registered in the metropolis in the last 24 hours, the Brihanmumbai Municipal Corporation (BMC) said in a bulletin.

With this, the overall tally of COVID-19 cases and the death toll in the country’s financial capital remained unchanged at 11,55,240 and 19,747, respectively. On Monday, the metropolis had recorded four coronavirus cases and zero fatality.

On March 11, 2020, the first two coronavirus patients in Mumbai were detected. It means after two years, 10 months, and 14 days the city has logged zero COVID-19 case. The first confirmed coronavirus case of Maharashtra was detected in Pune on March 9, 2020, and two days later, the metropolis reported its first two patients of the respiratory illness.

Thereafter, with an increase in testing and detection of new variants of COVID-19, the daily cases kept on rising and the city recorded its highest-ever single-day infection tally of 20,971 on January 6, 2022, at the peak of the third wave of the pandemic.

How Did This Happen?

Delhi too, a week ago, had reported no new Covid-19 cases in 24 hours.

Except for a brief period from mid-June to mid-August following the third wave, India has seen no increase in new infections in 2022.

Even though new Omicron subvariants and recombinants with ever increasing ability to evade immune responses and greater transmissibility emerged at regular intervals last year, causing a sudden surge in hospitalisations and deaths in many countries, India remains relatively calm, a report by the Hindu observed. According to a report by Indian Expressa large number of people developing immunity after the successive three waves and the wide vaccination coverage has had an important role to play.

But the report further explains that according to experts, this trend (of no significant wave since then) shows that a larger number of people have been getting infected than is reported, which they say, ‘is not a bad thing’.

Anurag Agarwa, former head of Delhi-based Institute of Genomics and Integrative Biology told Indian Express that the reason India had not seen a huge surge is because people still had immunity.

He explained that if only a very small number of people were getting infected in the last eight-nine months, as the reported numbers would suggest, that would mean that a large proportion of the population would have had their immunity severely weakened by now.

“That could have resulted in a surge. But that hasn’t happened. This means that the virus has been infecting many more people than the reported numbers convey, so that a substantial number of people continue to have immunity,” he told the publication. 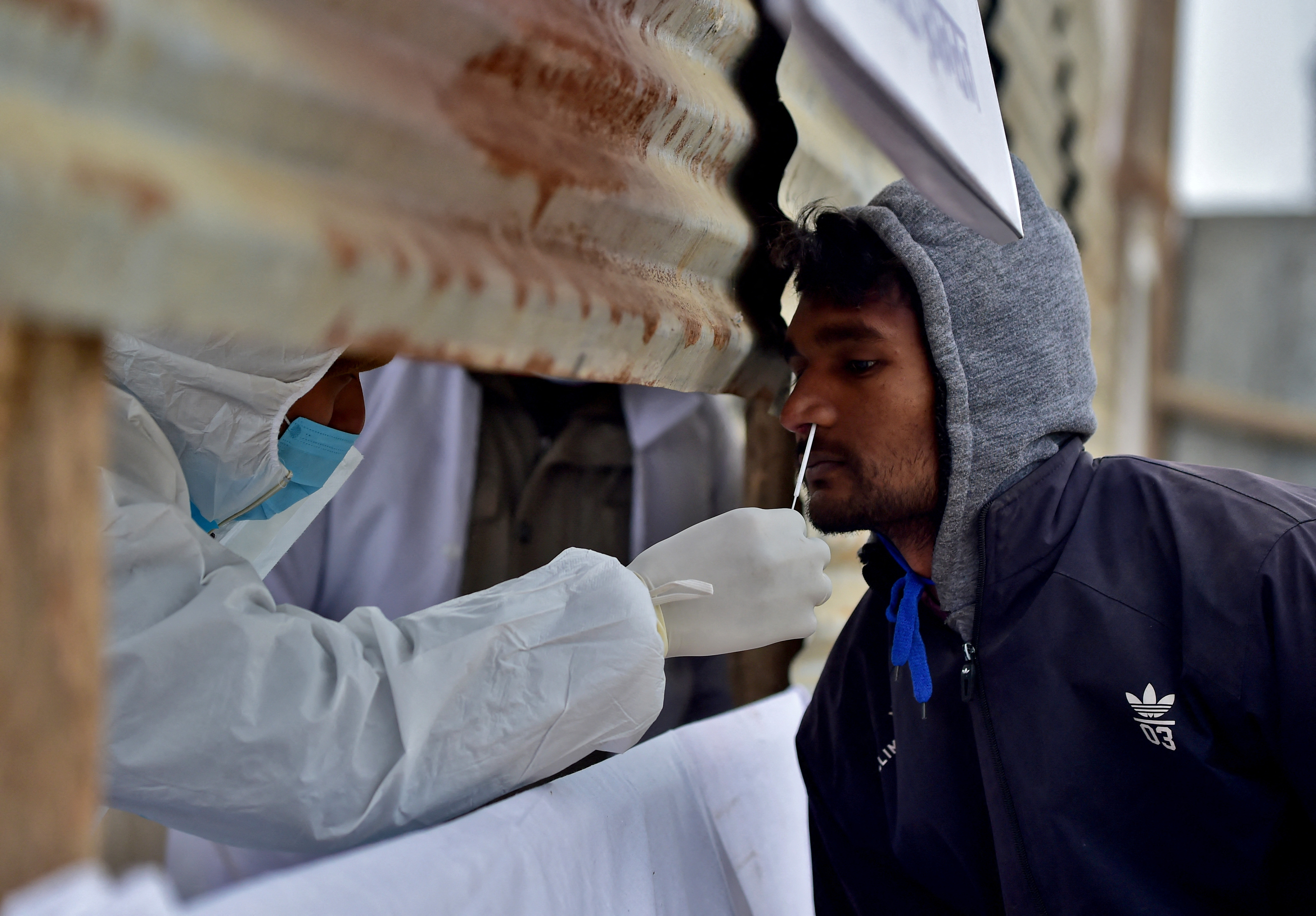 A healthcare worker collects a coronavirus disease (COVID-19) test swab sample from a Hindu devotee after he arrived to take a holy dip in the waters of Sangam, the confluence of the Ganges, Yamuna and Saraswati rivers, to mark Paush Purnima or full moon day, during the Magh Mela festival in Prayagraj, India, January 6, 2023. REUTERS/Ritesh Shukla

He said the key was that the infections in people had been mild in nature, due to which many people were not getting tested. But coronavirus is still circulating, Agarwal said, adding that most people infected by both the Delta and the Omicron variants had gained natural immunity, and also got vaccinated.

“We did an exceedingly good job of getting the vulnerable groups fully vaccinated. This hybrid immunity has ensured that things have remained under control after that,” he said.

This view was echoed by Dr. Chandrakant Lahariya, consultant physician and an epidemiologist. He told the Hindu that hybrid immunity — natural infection and vaccination induced immunity — was the reason that there has not been an uptick in COVID-19 cases in India.

“An estimated 95% of India’s population above 12 years of age has developed hybrid immunity. India’s situation of hybrid immunity is arguably the best possible protection against SARS-CoV-2,” he said.

Dr. Giridhara Babu, epidemiologist at the Public Health Foundation of India in Bengaluru, says hybrid immunity from vaccination (both primary and primary plus booster dose) and previous infection has provided adequate protection against reinfection for people in India, citing a recent systematic review published in The Lancet.

Dr. Vinod Scaria, a senior scientist at Delhi’s Institute of Genomics and Integrative Biology (CSIR-IGIB), told the Hindu that while greater immune escape by Omicron subvariants does make people susceptible to reinfections, the resulting infection is self-limiting and most often asymptomatic, and thus may not have been tested or recorded.

With inputs from PTI