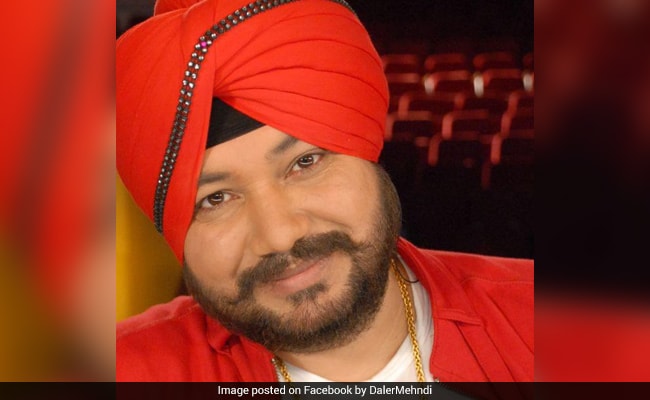 Some pointed out that Daler Mehndi probably knows it is a fake tweet and is playing along.

Popular singer Daler Mehndi recently expressed his gratitude to Prince Harry for mentioning him in the memoir ‘Spare’ and for how the Duke of Sussex found solace in his music anytime he “felt alone and isolated” from his family. However, the tweet was fake and was posted by a page called Qualiteaposts on the social media platform. The singer was heavily trolled for falling for a parody tweet.

Now, the singer has responded to the backlash he faced on the microblogging website. He tweeted a photo clipping of a newspaper article on the same and wrote, “Folks! Divine Wisdom roars to be heard. It says Daler Mehndi didn’t fall for the joke tweet. He arose to spread smiles and happiness as he does in all his songs especially in Na Na Na Na Na Re!! Happiness shared Multiplies. DM Keep spreading Smiles and Happiness.”

He captioned the post as, “This is how I see it”

This is how I see it @htcity@boomlive_in@TheQuint@abplive@TimesNow@ietrendingpic.twitter.com/O3dyCo1yFo

Earlier, Qualiteaposts had tweeted, “Prince Harry reveals music artist he listened to in his lowest moments in new book ‘Spare’.”In the times I felt alone and separated from my family, I always took time to myself to sit back and listen to Daler Mehndi. His lyrics resonated with me and got me through a lot.” Mr Mehndi screenshotted the same on January 21 and said, “I am grateful to the blessings of Guru Nanak, my mom and dad, I created a unique Pop Folk Ethnic Music Style.Love you Prince Harry! God Bless you, In gratitude that my music helped you. @TeamSussex.”

I am grateful to the blessings of Guru Nanak, my mom and dad, I created a unique Pop Folk Ethnic Music Style.
Love you Prince Harry! God Bless you, In gratitude that my music helped you.@TeamSussexpic.twitter.com/r2mRU0mn6U

Many people trolled the singer for falling for a parody tweet. “Yikes. Daler ji, how do we tell you..” said a comment.

Others argued that they should not tell the singer and let him have his moment. “I don’t think we should tell him. This is the cutest acceptance speech ever.” said another user. “Let’s let him have this win, pls,” added a third person.

Some pointed out that Daler Mehndi probably knows it is a fake tweet and is playing along. He also added more tweets to the thread about his career.

“In 1995 I made Bolo Tara Ra , my fans made it a super duper hit ! Today in 2023, Team India made it the song of victory #jeetkebolotararara. Can’t thank Baba Nanak enough!” read one of the tweets.