Form 10:30 am on Jan 26th traffic on Tikal Marg, BSZ Marg and Subhash Marg will not be allowed on both directions cross traffic will only be allowed depending upon the movement of the Parade.

Republic Day 2023 traffic update: The Delhi Police has issued a traffic advisory in the wake of Republic Day celebrations in the national capital on Thursday. According to the advisory, the parade for Republic Day 2023 will begin at 10.30 AM in Vijay Chowk and travel to the Red Fort. At 9.30 AM, there will be a related event at India Gate. In order to ensure that the parade is conducted smoothly along its path, “elaborate” traffic arrangements and limitations will be put in place, it tweeted. 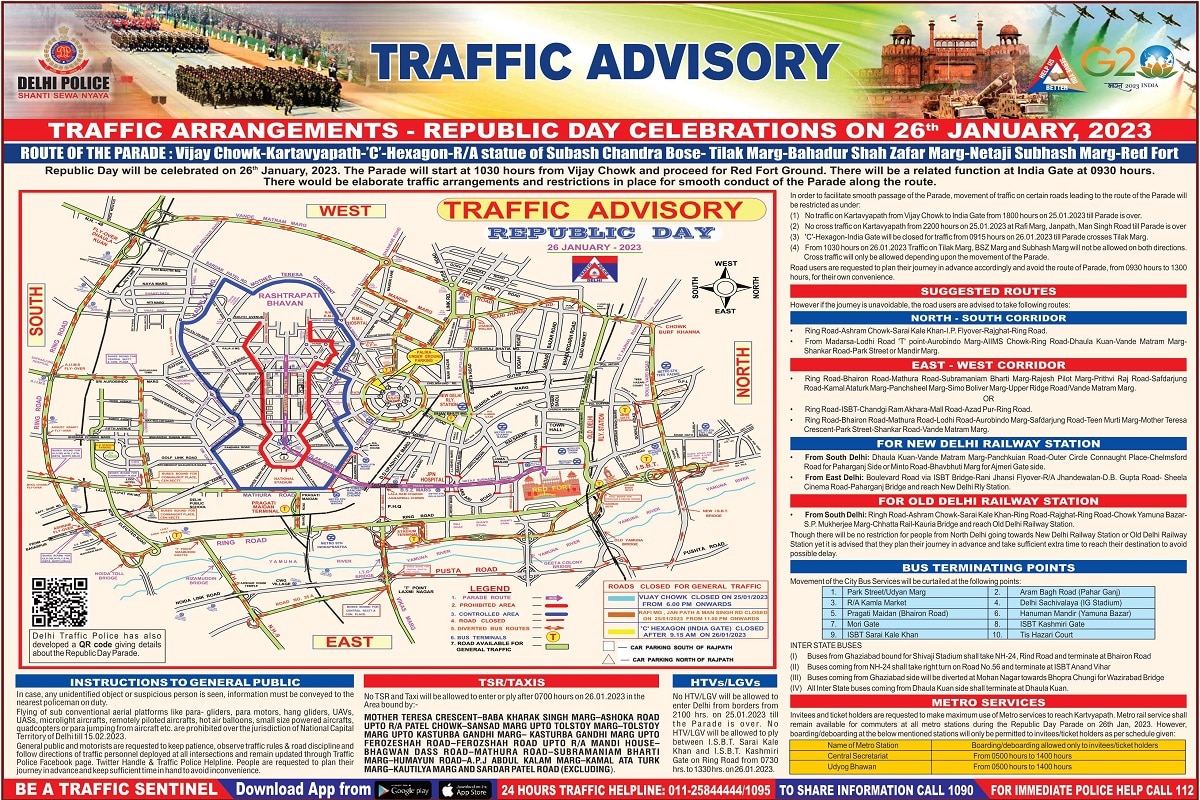 According to the advisory issued by the Delhi Traffic Police, restrictions/regulations/diversions may be imposed on the below-mentioned roads and surrounding areas –