The administration asked the organisers to cancel the screening and warned them of disciplinary action if the said order is not followed.

New Delhi: Jawaharlal Nehru University (JNU) administration on Monday cancelled the screening of the controversial documentary on Prime Minister Narendra Modi saying “such an unauthorised activity may disturb peace & harmony in the University.”.

The administration asked the organisers to cancel the screening and warned them of disciplinary action if the said order is not followed. 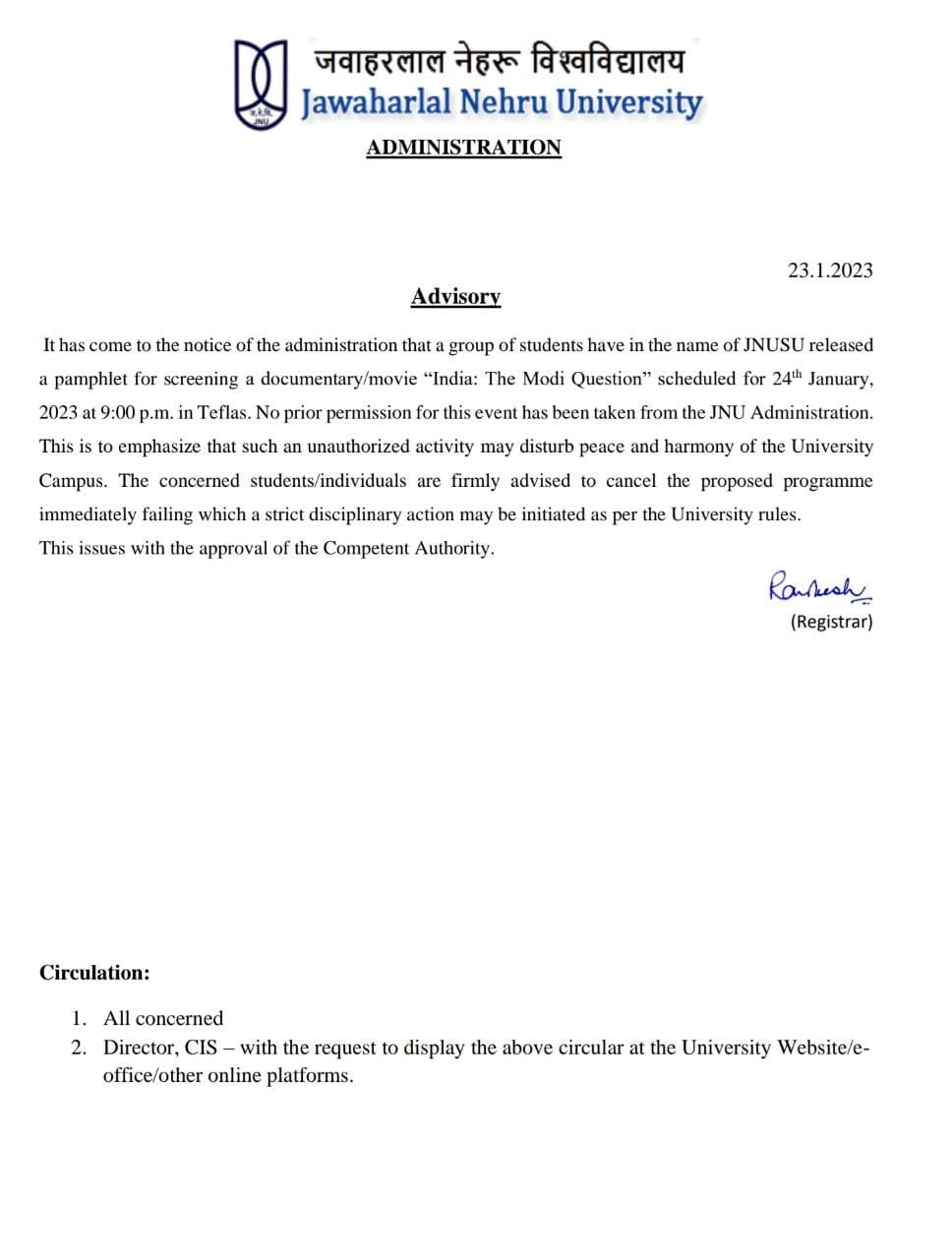 Earlier, the Centre had directed social media platforms Twitter and YouTube to block links to the documentary titled “India: The Modi Question”. The Ministry of External Affairs has trashed the documentary as a “propaganda piece” that lacks objectivity and reflects a colonial mindset.

However, opposition parties have slammed the government’s move to block access to the documentary.

The poster, purportedly released by the union, said the documentary ‘India: The Modi Question’ will be screened at 9 pm in the student body’s office.

The university in its advisory said, “It has come to the notice of the administration that a group of students have in the name of the JNUSU released a pamphlet for screening a documentary or movie (titled) “India: The Modi Question” scheduled for 24 January, 2023, at 9:00 pm in Teflas.”

No prior permission for this event has been taken from the JNU administration, it said.

“This is to emphasise that such an unauthorised activity may disturb the peace and harmony of the university campus. The concerned students or individuals are firmly advised to cancel the proposed programme immediately, failing which a strict disciplinary action may be initiated as per university rules,” the advisory read.