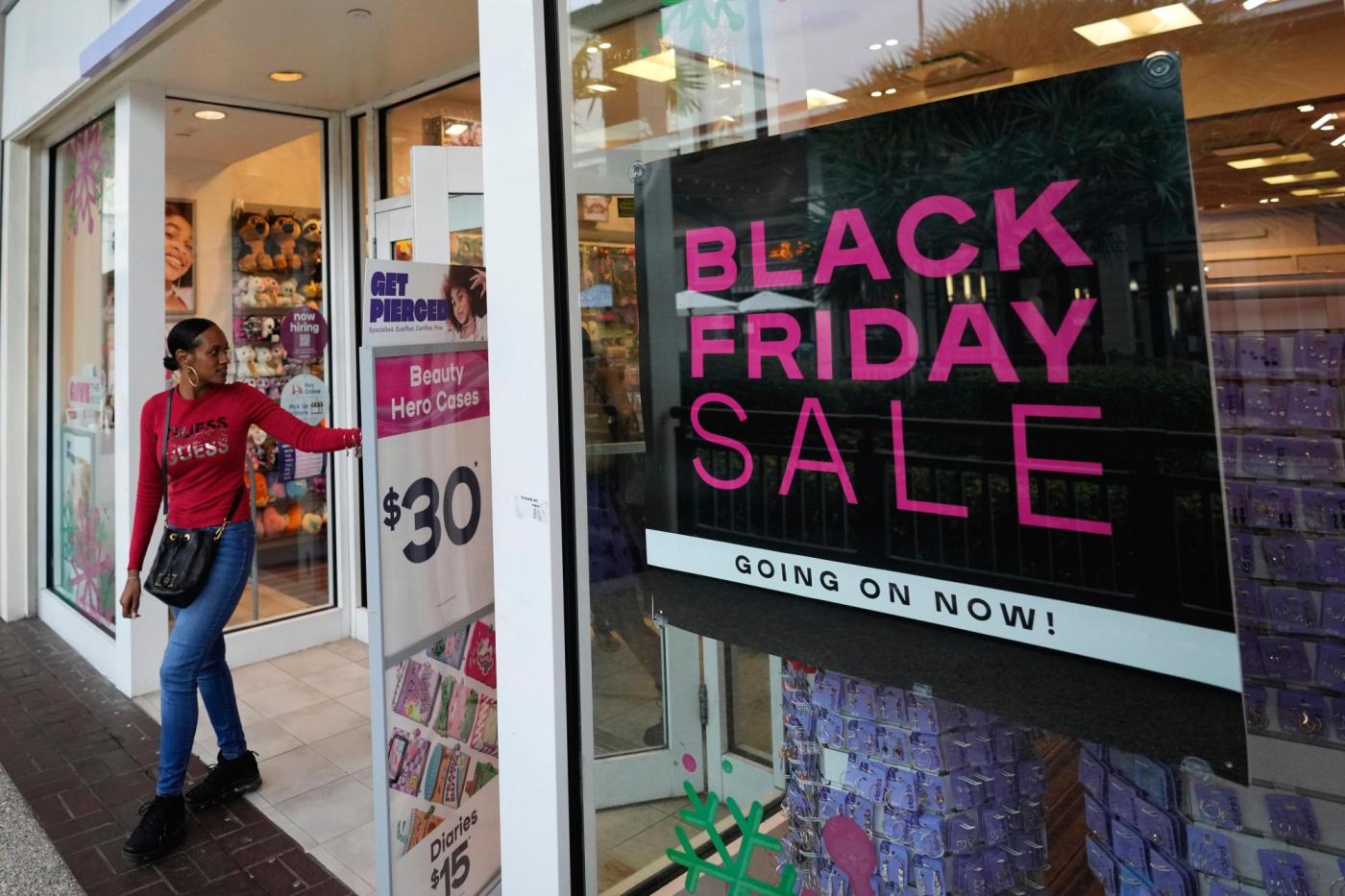 The U.S. job market remains strong, consumer spending is resilient and inflation has been slowing. But elevated prices for food, rent, gasoline and other household costs have taken a toll on shoppers.

As a result, many are reluctant to spend unless there is a big sale and are being more selective with what they will buy — in many cases, trading down to cheaper stuff and less expensive stores.

Shoppers are also dipping more into their savings, turning increasingly to “buy now, pay later” services like Afterpay that allow users to pay for items in installments, as well as running up their credit cards at a time when the Federal Reserve is hiking rates to cool the U.S. economy.

Such financial hardships could help drive shoppers to look for bargains.

Isela Dalencia, who was shopping for household essentials like detergent at a Walmart in Secaucus, N.J., earlier this week, said she’s delaying buying holiday gifts until Cyber Monday — the Monday after Thanksgiving — when online sales rev up. Then she will wait again until the week before Christmas to get the best deals, unlike last year when she started buying before Black Friday.

Katie Leach, a social worker in Manhattan, was also browsing the aisles at Walmart but said she will start holiday shopping during the first week of December as usual. This time, however, she’ll be relying more on bargains, her credit card and “buy now, pay later” services to get her through the shopping season because of surging prices on food and other household expenses.

“The money is not going as far as last year,” Leach said.

This year’s trends are a contrast from a year ago when consumers were buying early out of fear of not getting what they needed amid clogs in the supply network. Stores didn’t have to discount much because they were struggling to bring in items.

But some pandemic habits are sticking around. Many retailers that closed stores on Thanksgiving Day and instead pushed discounts on their websites to thin out crowds at stores are still holding onto those strategies, despite a return to normalcy.

Many retailers moved away from doorbusters and are instead discounting items throughout the month, on Black Friday or the holiday weekend.

Against today’s economic backdrop, the National Retail Federation — the largest retail trade group — expects holiday sales growth will slow to a range of 6% to 8%, from the blistering 13.5% growth of a year ago. However, these figures, which include online spending, aren’t adjusted for inflation so real spending could even be down from a year ago.

Analysts consider the five-day Black Friday weekend, which includes Cyber Monday, a key barometer of shoppers’ willingness to spend, particularly this year. The two-month period between Thanksgiving and Christmas represents about 20% of the retail industry’s annual sales.