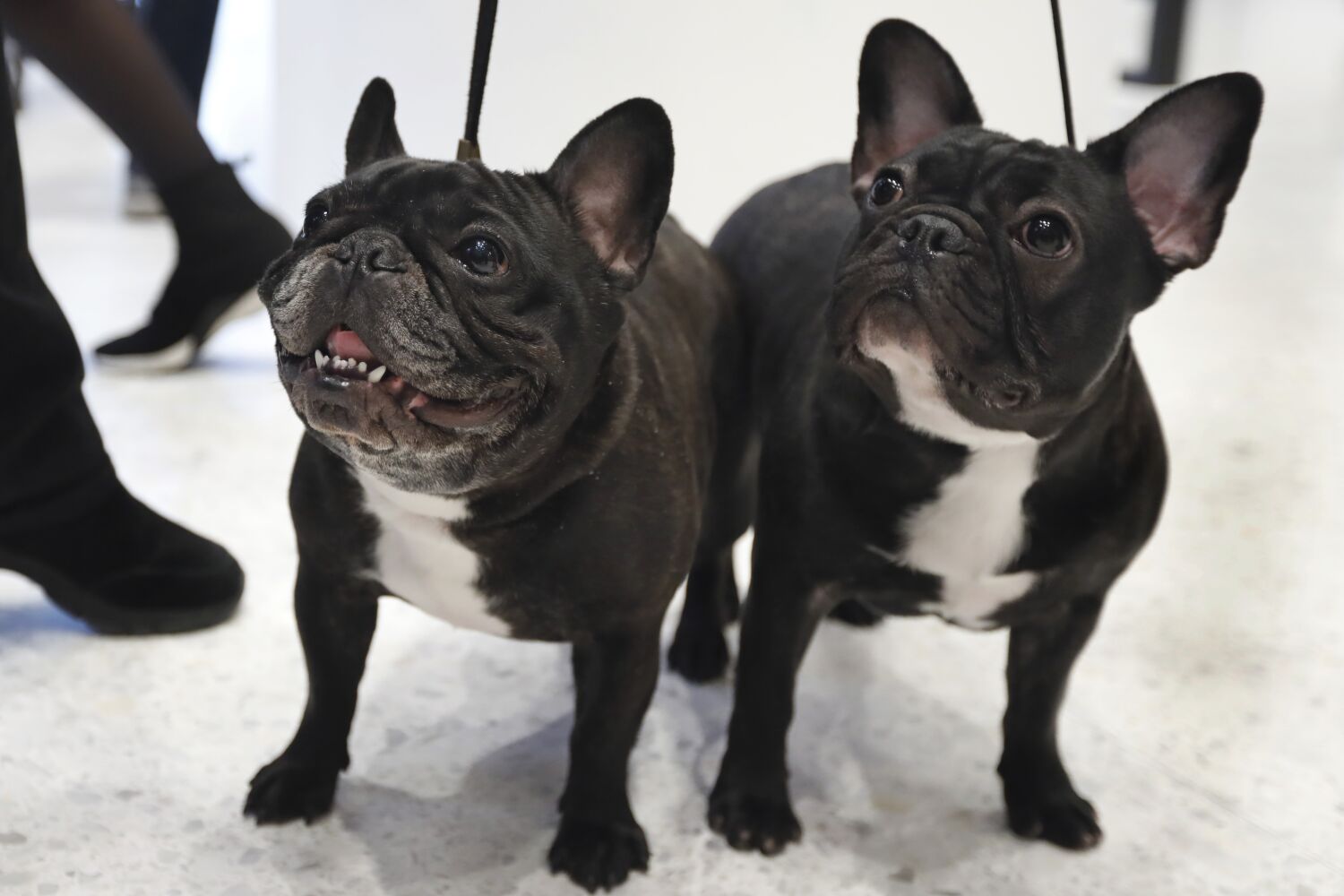 A 15-year-old boy was arrested on suspicion of an armed robbery in Boyle Heights during which two French bulldogs were stolen, Los Angeles police said Tuesday.

The robbery occurred around 12:30 a.m. Nov. 12 as two people were walking their dogs along the 6th Street Bridge.

They were approached by a male suspect who pointed a pistol at the victims, took the two dogs and fled in a vehicle, police said.

The suspect, whose name was not released because he is a juvenile, was arrested Nov. 16, but the bulldogs have not been found, according to the LAPD.

French bulldogs, which can fetch a high price on the black market, have been targeted in a string of L.A.-area robberies in recent years. In the most high-profile case, two of Lady Gaga’s bulldogs were taken in February 2021 after men jumped out of a car in Hollywood and shot her dog walker in the chest.