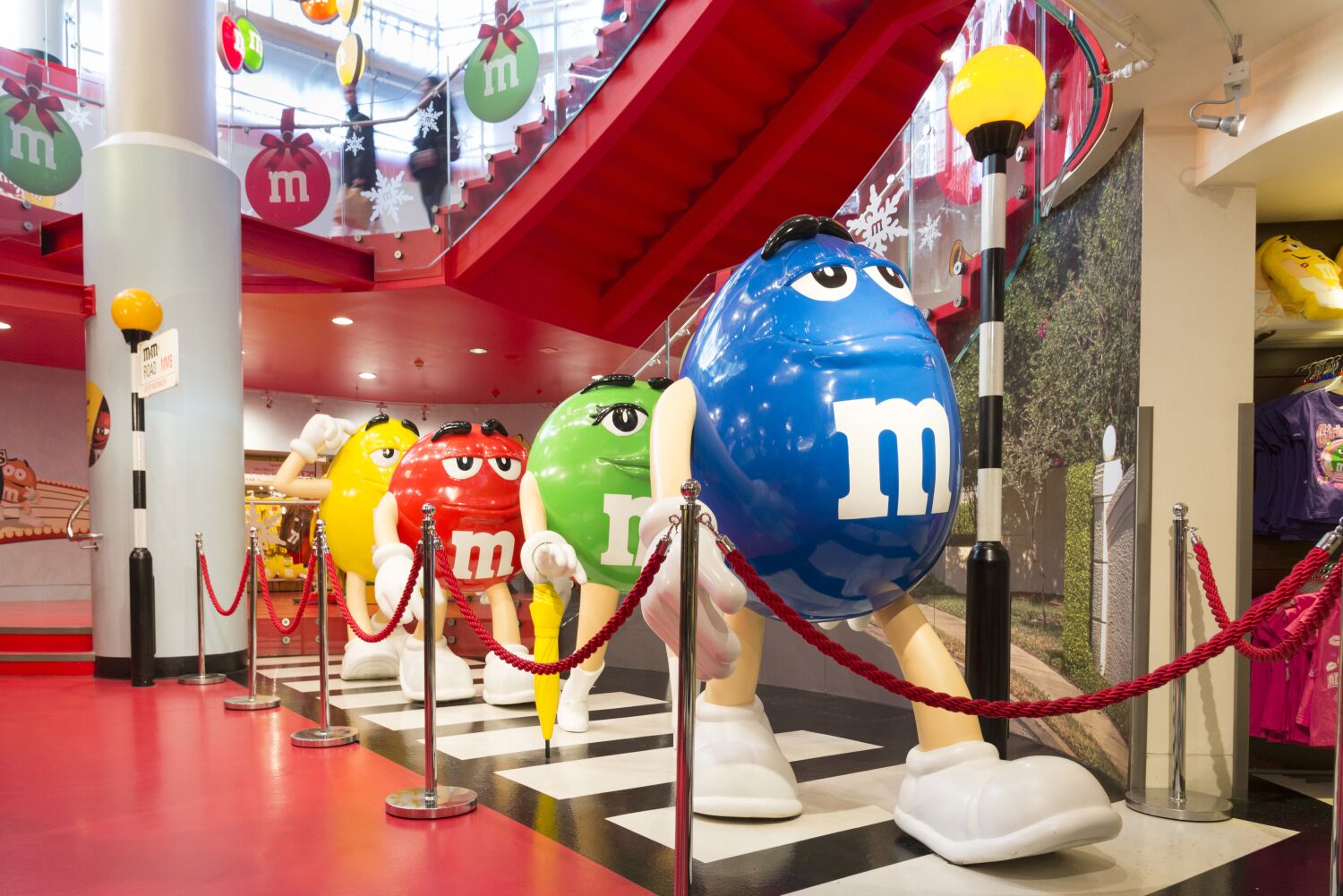 If you’re pondering what will be the stupidest right-wing freakout of 2023, you can probably stop now.

We’re barely three weeks into the year, but the uproar over the personalities and images of M&M’s candies seems well poised to top the list.

Most Americans — those who have, you know, a life — are probably unaware that Tucker Carlson and his far-right peanut gallery have been throwing a fit about a marketing makeover that Mars Wrigley, the private company that makes M&M’s, gave this signature brand last year.

M&M’s will not be satisfied until every last cartoon character is deeply unappealing and totally androgynous.

The company had long ago given the candies some personality, but not too much, giving them cartoon faces, arms, legs, etc. etc. Last year it updated their looks, making the group more “inclusive” in the company’s term, slightly changing their garb and endowing them with insouciant grins and smirks. Notably, the footwear of the two female-presenting M&M’s was toned down.

The supposed de-feminization of those candies was too much for Carlson, who has covered it to a degree that suggests some sort of foot and/or candy fetish. On Monday, Mars Wrigley capitulated to the supposed uproar Carlson had ginned up and announced it would “take an indefinite pause from the spokescandies.” They’ll apparently disappear from its ad campaigns. The new face of M&M’s will be entertainer Maya Rudolph.

Dutifully, Rudolph went on NBC’s “Today” show to announce, “I’m thrilled to be working with M&M’s … and I feel like it’s such an honor to be asked to be part of such a legendary brand’s campaign.”

If you think it’s nauseating to see sausage being made, consider the making of a twee advertising campaign. Rudolph will be rolled out, apparently, in a Super Bowl ad.

It’s hard to put one’s finger on the cultural significance of Carlson’s conniption or Mars Wrigley’s retreat. The best way to think about it is to take note that one of the biggest companies in the food business thinks it has to march to a gang of nobodies, and recognize that American marketing culture is now in the hands of the most asinine members of our society.

We’ve been remarking on the tendency of powerful institutions to act like poltroons when confronted by bullies.

Most recently, the National Hockey League, which revels in the violently bullying behavior of its enforcement squads on the ice, couldn’t stand up to Republican Gov. Ron DeSantis, the tin-pot thug of Florida politics.

When DeSantis copped an attitude about the NHL’s plan to stage an inclusive job fair for women as well as Black, Latino and LGBTQ people in connection with its upcoming all-star game in Fort Lauderdale, the league pulled back and made the job fair open to all. Because, obviously, the nearly all-white league doesn’t need any outreach to other communities.

It’s not unusual for consumer companies to be sensitive about the image their brand-name products carry into the marketplace. In 2010, Gap redesigned its logo and sprung the result on customers overnight, moving from its traditional white-lettering-on-blue-background design to a stripped-down, modernized version.

Design experts and customers alike ridiculed the change, and Gap went back to the original version six days later.

The M&M’s case isn’t like that. Mars has been giving its computer-animated mascots individualized personalities since the 1990s. Has anyone ever really cared?

Other than Carlson, that is. Almost exactly one year ago, Carlson went on a tear about the last M&M’s remodeling. The changes were almost undetectable to the naked eye, but Carlson found something nefarious in changing the shoes of the brown M&M‘s candy from high heels to, well, lower heels.

“M&M’s will not be satisfied until every last cartoon character is deeply unappealing and totally androgynous,” Carlson groused. “Until the moment when you wouldn’t want to have a drink with any one of them. That’s the goal. When you’re totally turned off, we’ve achieved equity. They’ve won.”

This is really too stupid to analyze. What’s mystifying is that Mars Wrigley detected a surge of consumer fury that it thinks crested in recent days or weeks. “We weren’t sure if anyone would really notice,” the company said in announcing its marketing move. “And we definitely didn’t think it would break the internet. But now we get it — even a candy’s shoes can be polarizing.”

That was “the last thing M&M’s wanted since we’re all about bringing people together.”

The company’s conclusion is so unlikely that some people think it’s all a sham — that it had long planned to install Rudolph in its ads and figured that fomenting a fake controversy was the best way to gin up interest. Anyone who detected a surge in internet-based ire at M&M’s makeover, raise your hand. Anyone? Bueller?

Think of it as an effort to exploit the Streisand Effect. (That arose from a lawsuit the world-famous entertainer filed to have an aerial photo of her Malibu property removed from the internet as an invasion of privacy. Rather than secure her privacy, Barbra Streisand’s lawsuit turned it into an internet sensation. It remains easily accessible online.)

But Mars Wrigley is playing with fire. Even appearing to surrender to Tucker Carlson inflates his ego and encourages him to inflate other trivialities into moral crusades.