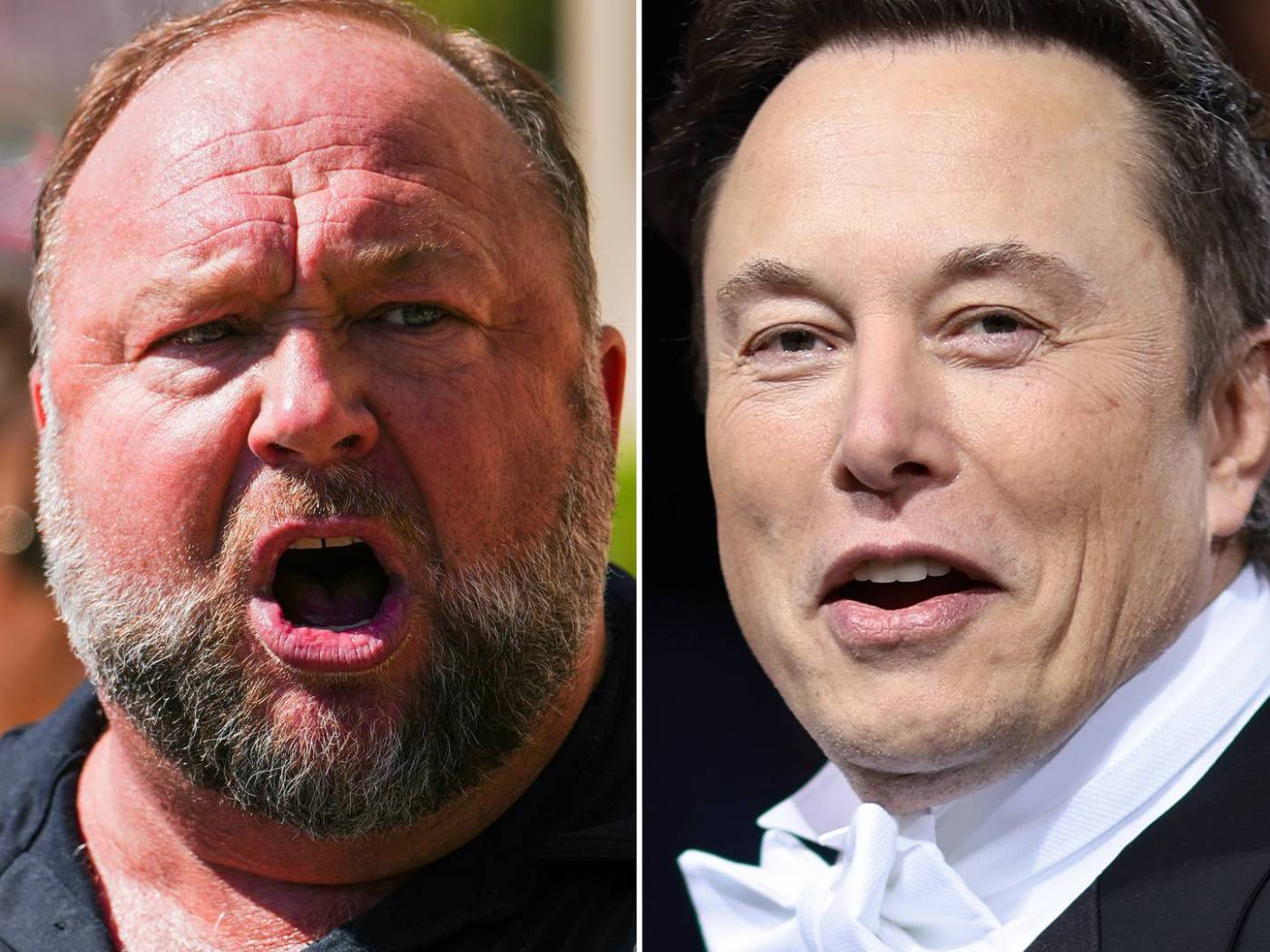 Keeping “InfoWars” host Alex Jones off Twitter appears to be something Elon Musk is taking personally.

Since completing a $44 billion purchase of the social media platform in late October, Musk has reactivated the accounts of questionable characters including rapper Ye, who used Twitter to promote anti-semitism, and Donald Trump, whose lies about the 2020 presidential election preceeded a deadly attack on the U.S. Capitol.

But the 51-year-old enterpreneuer — a self-described “free speech absolutist” — appears to be drawing the line when it comes to spreading conspiracy theories that undermine school shootings.

Musk indicated that the death of his first-born son informed his decision not to reinstate Jones’ account after the far-right wing pundit was ordered to pay $1.44 billion to families affected by his false assertions that the 20 children and six adults killed by a lone gunman at Sandy Hook Elementary school in 2012 were part of a hoax meant to promote gun control measures.

“My firstborn child died in my arms,” Musk tweeted Sunday night to an online provocateur who called for Jones’ to be allowed to return to the platform. “I felt his last heartbeat.”

He was referring to his 10-week-old son Nevada Musk, who died of sudden infant death syndrome in 2002.

“I have no mercy for anyone who would use the deaths of children for gain, politics or fame,” Musk added.

When he was first asked to bring back Jones Thursday, Musk simply answered “No” with no further explanation. Jones’ account was shut down on the grounds of “abusive behavior” in September 2018.