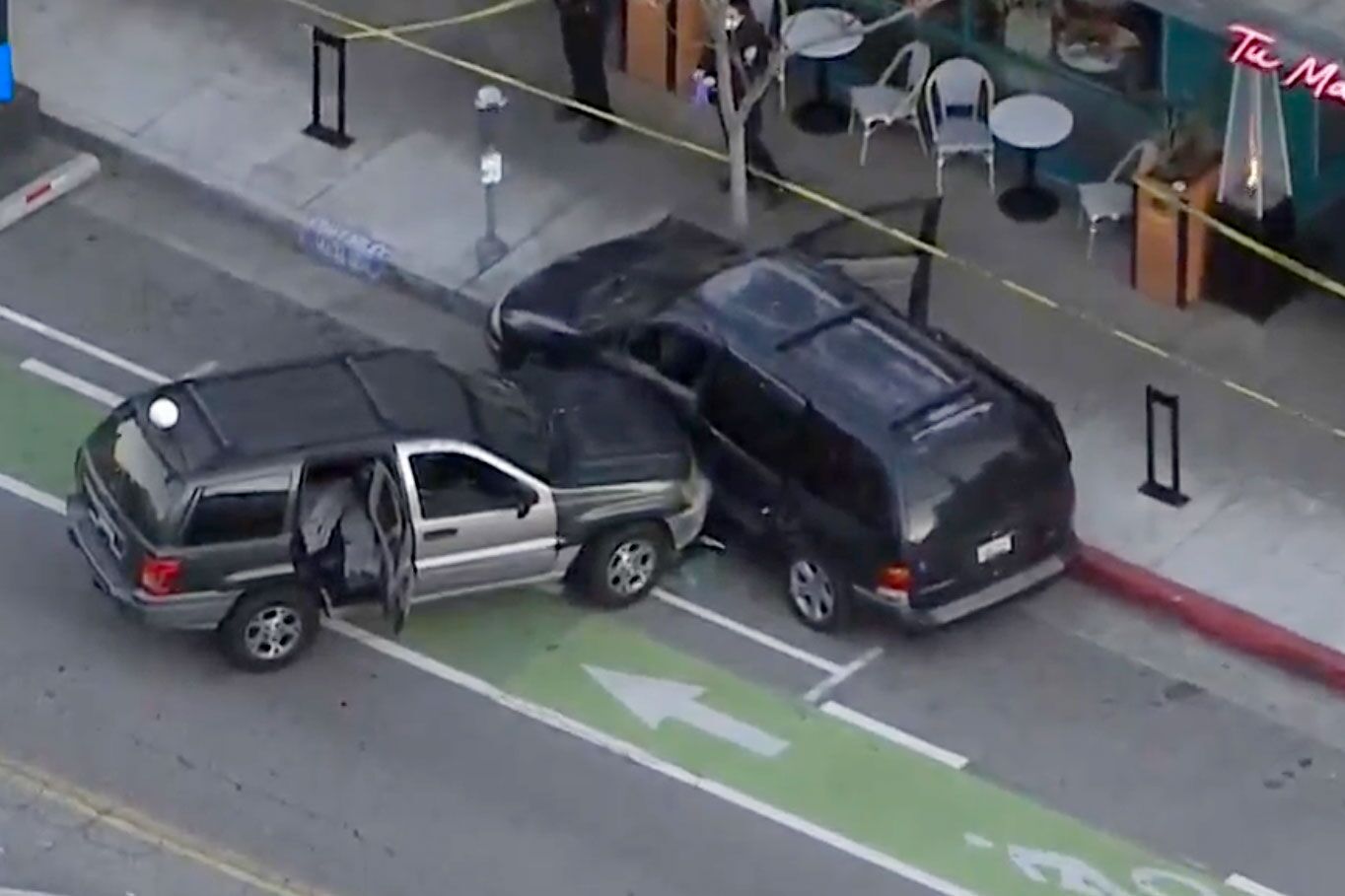 Santa Monica police are investigating a two-car collision in which one person was shot in the beach city on Tuesday afternoon.

Officers were flagged down by a person who reported hearing shots fired near the corner of 6th Street and Broadway at 3:42 p.m., according to a statement from the Santa Monica Police Department.

When officers arrived, they found two vehicles that had been involved in a collision, and the occupant of one of the cars had sustained a gunshot wound to the shoulder.

Witnesses said the driver of the other vehicle involved in the collision had shot at the victim.

The victim was being treated at a hospital. The other person involved in the collision was taken into custody, and the handgun used in the shooting has been recovered.

No motive is currently known, but it appeared the two people knew each other, according to the Police Department.